Welcome to the Eligo Technology News Roundup. Let's take a look back at October's industry news, current tech jobs, career advice, and much more! This month, Python ends C and Java's 20-year reign, Facebook is set to hire 10,000 EU workers for his new metaverse, China declares all crypto-currency transactions illegal, and much more. 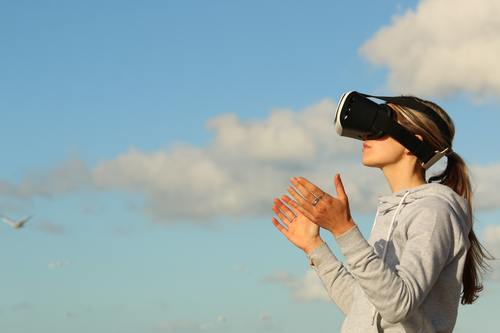 Back in 2001, Windows XP was new, BitTorrent had just been invented and the iPhone was still a twinkle in Steve Jobs' eye when the TIOBE monthly index of programming languages was last topped by a language other than C or Java. Fast forward to 2021, C and Java have finally been toppled by none other than Python.

The EU is reportedly set to charge Apple for being anti-competitive due to locking down how its NFC technology can be used. EU antitrust regulators opened an investigation into Apple Pay in June last year over concerns that it unfairly shuts out competitors and gives Apple’s own service an advantage. For its part, Apple argues that it takes a strict approach to how its devices are used to protect users.

Facebook to hire 10,000 in EU to work on the Metaverse

Facebook is planning to hire 10,000 people across the EU to develop a so-called metaverse. A metaverse is an online world where people can game, work and communicate in a virtual environment, often using VR headsets. Facebook CEO Mark Zuckerberg has been a leading voice on the concept. The announcement comes as Facebook deals with the fallout of a damaging scandal and faces increased calls for regulation to curb its influence.

A well-known Russian ransomware group set up a fake company to recruit technology workers to expand its criminal enterprise, security researchers say. The fake company was created by Fin7, thought to have created the malware that crippled one of the largest fuel pipelines in the US in May, according to a new report by security firm Recorded Future's Gemini Advisory unit. The ruse, reported earlier by the Wall Street Journal, included a professional-looking website claiming the company offered cybersecurity services.

Facebook has been fined £50.5m ($70m) by the UK's Competition and Markets Authority (CMA), which accuses it of deliberately breaking rules.The case related to Facebook's 2020 acquisition of Gif-sharing service Giphy, which is under investigation. The CMA said Facebook had not provided information, ignored many warnings, and committed a "major breach". The firm denies deliberately breaking rules.

When we think about people skills, and using them, in a technology environment, examples can vary from showing empathy for users to having self-awareness and good problem-solving techniques. These examples of non-technical transferable skills actually can make a much bigger impact on your role and become just as important as your coding ability.