Welcome to the Technology Industry News Roundup. Where we take a look back at May's industry news, current live jobs, career advice, and much more!

A survey by Kapersky, has revealed that almost one quarter (22 percent) of PCs still run the end-of-life OS Microsoft Windows 7, which stopped receiving mainstream support in January 2020.When operating systems reach end of life, vulnerabilities will remain on the system without patch updates to resolve issues, providing cyberattackers with potential ways to gain access.

Two-thirds of CISOs Unprepared for Cyber-attack

According to the Voice of the CISO Report by enterprise security company Proofpoint. Two-thirds of CISOs have said that they do not feel their organization is prepared enough to cope with a targeted cyber-attack. A The report examines global third-party survey responses from more than 1,400 CISOs employed by mid- to large-size organizations.

Incognia has launched a free ‘Developer Edition’ of its mobile fraud prevention solution to help protect users of fintech and m-commerce apps. The rapid increase in mobile transactions has attracted fraudsters looking to line their pockets at the expense of those often seeking to alleviate the pandemic-driven financial hardships they face. Incognia is using its location identity expertise to help counter the bad guys.

During testimony of an antitrust case with Fortnite maker Epic Games in the federal court, Apple's senior vice president of software engineering, Craig Federighi, told a federal court that the level of malware on the MacOS operating system is unacceptable and worse than iOS. The gaming firm, in this case, is seeking to force Apple to allow it to install alternative app stores on iPhones, similar to how Apple permits on Mac computers. 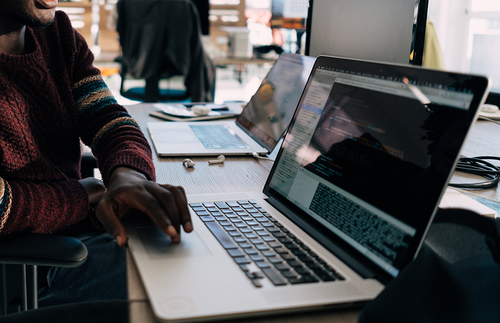 How to stand out in a technical interview