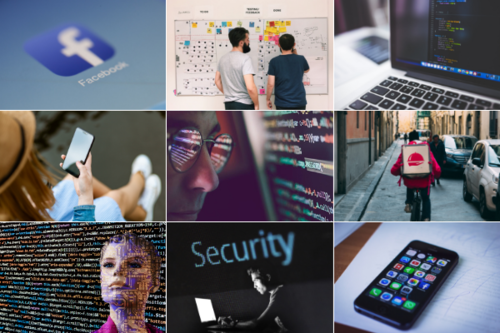 Vodafone will be switching on its superfast mobile technology on July 3rd in Birmingham, along with plans to launch the 5g service across Wolverhampton, Stoke-on-Trent and ten other locations by the end of the year. Last September Birmingham and the West Midlands were selected to trial the new technology, which is set to transform industries such as health services, online video streaming and gaming. It will also play a huge role in the development of new technology such as driverless cars and mobile virtual reality applications.

Read more about Vodafone announcing the start date of its 5G services in Birmingham.
Birmingham Mail (14/05/2019)

Apple and Samsung collectively sold almost 17.5 million fewer smartphones globally in the opening quarter of 2019 than they managed a year ago, and with the release of latest shipment numbers, it looks as Huawei is moving ever closer to the top spot. Despite being publicly rejected from the US market, Huawei’s progress in the past year has been in China and the successful expansion of its business in Europe.

Stack Overflow was subject to a data breach this month and has confirmed that user data was accessed during the cyber-attack. The hacker gained access to their systems by exploiting a vulnerability in a build deployed to the development tier of stackoverflow.com. Stack Overflow is one of the world’s largest online communities where coders and developers congregate to share knowledge and job opportunities.

Cybersecurity professionals in the UK are struggling to hold back the ever-increasing wave of threats with limited resources, leading many to consider quitting their jobs. These findings come from a survey of over 300 specialists working in large UK organisations with 500 employees or more. 79% of respondents said they were facing a lack of resources both technical and human – despite the security threats faces by all businesses.

The Migration Advisory Committee that advises the UK government on immigration policy, has recommended that they include more programming and software development jobs on the shortages occupation list. Making it easier for employers to bring in skilled tech talent from outside of the EU. The widening of programming roles on the SOL could be a boon for UK start-ups looking to expand their talent base.

Amazon has invested in British delivery start-up Deliveroo, taking the total funding raised to $1.3 billion and making it one of the best-funded start-ups in Europe. Deliveroo CEO has said that “This new investment will help Deliveroo to grown and offer customers even more choice, tailored to their personal tastes, offer restaurants greater opportunities to grow and expand their business and to create more flexible, well-paid work for riders.

According to a UNESCO study, AI-powered voice assistants with female voices are perpetuating harmful gender biases. The report states that “because the speech of most voice assistants is female, it sends a signal that women are…docile helpers, available at the touch of a button.” In many communities, this reinforces the commonly held gender biases that women are subservient and tolerant of poor treatment.

Facebook has announced that it has filed a lawsuit against South Korean social media analytics firm Rankwave. The firm allegedly abused Facebook’s developer platform’s data and it is also refusing to cooperate with the social platform’s mandatory compliance audit and Facebook’s request that it deletes the data. Facebook has already suspended Rankwave’s apps and associated accounts and is now looking for the court to get it to comply with the data audit and deletion.

London Tech Week 2019 connects international communities from across the spectrum to address how access to tech for all can have a profoundly positive impact in society and business.