Summer is behind us, but before we say goodbye let's take a look back at the hottest tech news of August from the ongoing cyber security skills gap and NordVPN adding full support for M1 Macs, to the Perl Foundation facing more company departures, and React.js takes the web framework crown in the latest Stack Overflow survey. 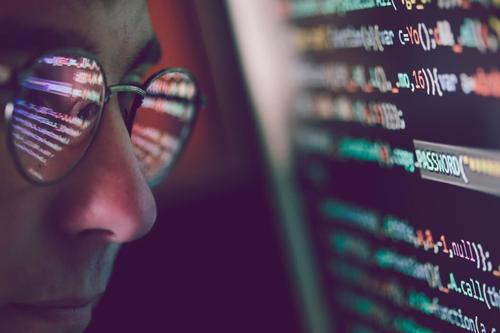 The cybersecurity skills gap persists for the fifth year running

Breaches in recent years—ranging from the Pegasus malware hack to the WannaCry and NotPeyta outbreaks—highlight how critical a robust cybersecurity strategy is for all organizations, large and small. Yet the gap in cybersecurity skills for most businesses continues to persist: There are simply not enough skilled professionals in these roles to meet the demand.

If you use the popular VPN service NordVPN, you'll be interested to hear that an important update was recently released for the software. The big news in version 6.6.1 of NordVPN is the addition of full support for Macs based on the M1 chip - in other words, for the latest models of MacBook Pro, MacBook Air, Mac mini and iMac. This new version of the popular VPN service supports both Intel and Apple Silicon architectures and promises improved performance.

Leading Japanese cryptocurrency exchange Liquid has been hit by hackers, with almost $100m (£73m) estimated to have been stolen. The company announced that some of its digital currency wallets have been "compromised." It is the second major theft of cryptocurrencies to take place in recent days and last week digital token platform Poly Network was at the centre of a $600m heist.

More than ninety human rights groups from around the world have signed a letter condemning Apple's plans to scan devices for child sexual abuse material (CSAM) – and warned Cupertino could usher in "censorship, surveillance and persecution on a global basis."The US-based Center for Democracy and Technology organised the open letter [PDF], which called on Apple to abandon its approach to mass-scanning. Signatories include Liberty and Big Brother Watch in the UK, the Tor Project, and Privacy International.

The bloodletting within the Perl community has continued in the wake of Community Affairs Team chair Samantha McVey's resignation. The CAT was established in March last year to maintain "a community-led set of rules" with moderators who would respond to unhappy netizens complaining about "incidents at events or otherwise," but was controversially put on "hiatus" nearly two weeks ago.

The 2021 edition of Stack Overflow’s developer survey features both substantial changes in the landscape while other elements have remained stubbornly resilient. This years results show React.js to take the top spot, Python is in demand and developers still love Rust. One of the highlights from this year’s report is that React.js (40.14%) has overtaken jQuery (34.42%) to become the most-used web framework.

When we think about people skills, and using them, in a technology environment, examples can vary from showing empathy for users to having self-awareness and good problem-solving techniques. These examples of non-technical transferable skills actually can make a much bigger impact on your role and become just as important as your coding ability.